Friday Poem of the Week: June 6 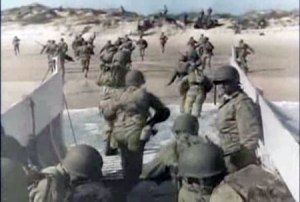 A day in late spring

Wrote on the computer for several hours

Listened to the radio

And took a nap

But I was thinking

Of June 6 sixty-nine years before

And a place an ocean removed from my comfortable home.

Dying, wounded, striving and finally prevailing on that day,

The beginning of the end for the Thousand-Year Reich.

My father was somewhere in Burma or China or India

(He said they often didn’t know where they were)

And I am right here, musing that there was so little notice of the sacrifices made on this day

And thinking that there needs to be some kind of notice.

And so, brave soldiers, sailors, airmen, people on the home front, here is your notice:

On this day I salute you and I thank you, living and dead, for your sacrifice

That gave me this peaceful day