What I Don’t Understand 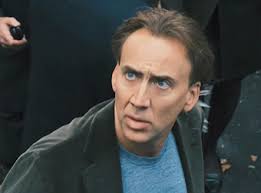 Well, the list is long, so I’ll limit myself to three or four things. And I know some of these things that make no sense to me make perfect sense to other people, so I hope you’ll understand if I’m not on board with these interests and preoccupations, some of which might be your favorites. It’s just the way I am.

First on my list is adult coloring books. I know they’re wildly popular, but I don’t understand why. Some people find coloring in hundreds of tiny shapes to be relaxing and renewing, but even looking at a page covered with those geometric designs sets my teeth on edge. For me, the thought of using colored pencils or crayons or whatever to complete a design seems more tedious than soothing. So I’ll pass on the coloring books, thank you.

Next up (pun intended) is the ridiculous spectacle of an intentional walk. I understand that there are times when a manager wants to fill first base to set up a double play or force-out, but is it necessary to go through the faux drama of a pitcher and catcher tossing the ball back and forth four times? I think not. Just award the batter first base and get on with it. Baseball is sometimes criticized for being a slow game (which is one reason I like it. It’s possibly on your list of things you don’t understand for that reason), and intentional walks don’t help. I know they wouldn’t speed matters up that much, but maybe it would make someone happier. Someone like me.

Two sports complete my list: cricket and curling. I have watched cricket games, read articles and even had a student from Pakistan try to explain the sport to me, but nothing helped. I keep thinking that it should make sense since it resembles baseball, but not so much. My student told me he didn’t understand baseball, so I told him I would explain the sport to him if he would help me appreciate cricket. After a month or so, he understood some of the rudiments of baseball, but cricket remained a mystery to me. Maybe I’m thick, but I just don’t get it.

Actually, if I think about it, I understand curling (It’s like bowling with a tea kettle. On ice.). I just don’t see why anyone would want to watch it. I’m sure the curlers (if that’s what they’re called) enjoy being out on the ice and exercising with their brooms, but baseball by comparison is hyperkinetic, even with intentional walks. I dunno. Maybe curlers had to find something to do in the winter when they couldn’t play baseball. Or cricket.

The choir sits as one

And works as one

A unity, a harmony, a singularity

Of sound, tone and rhythm

To create music that is

But of all these, I listen for

The intake of breath from the

And I know this:

The time to sing

I’m a member of three choral groups—the Manassas Chorale, a smaller pullout group, the Chorale Ensemble and Manassas Baptist Church’s Sanctuary Choir. I’ve been a part of the Sanctuary Choir since 1970, and in fact, I met Becky after a rehearsal that year. I joined the Chorale in 2003 after I retired from teaching.

Becky and I stay busy with music (and in my case, writing) most of the year with the exception of the time between Christmas and New Year’s and a couple of months during the summer. The Chorale doesn’t have rehearsals from late May or early June until the end of August, and the choir is off during the month of July.

We’re about six weeks into the Chorale’s hiatus and about two weeks into the choir’s time off, and I am missing gathering with other musicians, talking with them, catching up on their lives, laughing at jokes and memories and of course the music itself: the learning curve, hearing the songs come into focus, and the satisfaction of presenting songs we’ve worked on so hard for so long.

We did go on a choir tour of Ireland, Wales and London in late June, but the preparation for our three concerts was done in the middle of June, and each time we sang I found myself wishing we could have sung more. We did a lot of sightseeing and while we visited a number of places with a lot for sale I bought a pair of socks with Insular majuscule script on them (the illuminated alphabet used by scribes in the ninth century) and that was it.

I understand that Harmony International worked long and hard to allow us to sing where we did, which included St. Patrick’s Cathedral in Dublin (near Christ Church Cathedral where Messiah was first presented), St. Matthews Church in Cardiff, and Southwark Cathedral in London (where Shakespeare and Dickens were members). For the London concert, we had 120 singers and five directors (but not at the same time). By all accounts, this was our best concert, and, for me, the high point of the tour.

We do have some music camps to look forward to, but we’re not singing with our friends in four-part harmony when we do those. The rehearsals begin again in August, and I for one am ready.

Joseph Martin, one of the directors on the tour, has written a piece called “The Awakening” in which he writes of a terrible dream about a world of silence, a world without music. In the song, when he awakes, he realizes that music exists in many forms, and concludes with a joyful and triumphant exhortation to everyone: “Let music live!”

I think of what the groups I belong to work so hard to make music live, and the thought also occurs to me that music also lets us live. I am glad it does, and I believe that it always will.