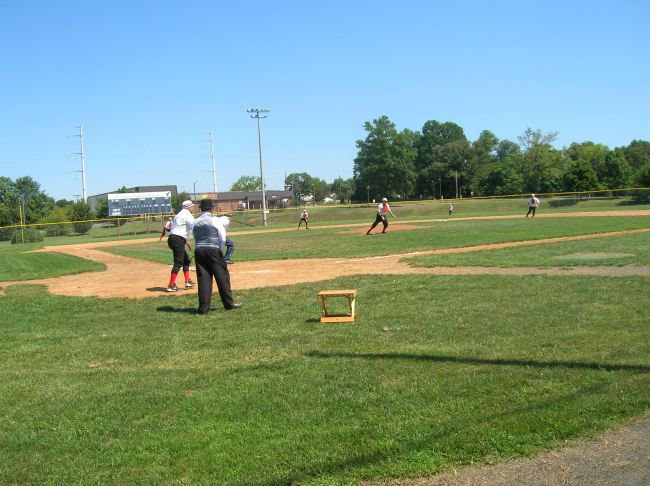 This past weekend, I went to some of the events that were part of the Civil War Weekend here in Manassas, which was staged to commemorate the 150th anniversary of the Second Battle of Manassas (Bull Run). There were reenactors, musicians, General Lee, speakers, authors, and a demonstration of CIvil War baseball, which, contrary to popular belief, was not invented by Abner Doubleday, a general in that war, who did codify some of the rules.

Baseball as we know it probably came from a British game called “town ball” (thank heavens we didn’t get a version of cricket. You think a baseball game is long and tedious–try going to a cricket match. Take your lunch…and your dinner…you’ll need both!)

Civil War baseball is played on the familiar field with the same number of players at their positions. However, the ball is slightly larger than its present-day counterpart, and the players don’t use gloves. The pitcher throws underhanded, and the umpire, dressed in a suit and top hat, stands to one side about ten feet away from the batter. The catcher wears no protective gear, which explains why so many were nicknamed “Gappy.” (I made that up.)

The picture is one I took of the action. The batsman had just hit the ball and is taking his base while the umpire looks on and the catcher looks for his missing teeth.