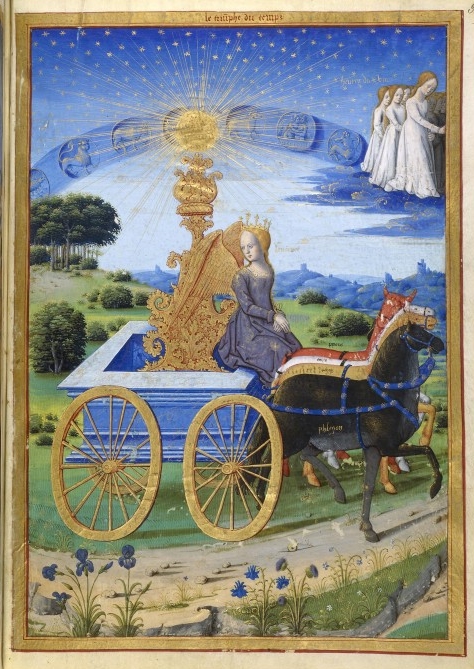 The best of this season to you, my friends.

This year, like other years, has been full of expected events and people, along with a few unexpected turns, but that’s what keeps me alert.

I’ll start with the unexpected, to get that out of the way. In mid-February, I got up out of bed and fell over. Later, I realized I had fainted. I wasn’t hurt, so I went back to bed and, when I got up in the morning, I was extremely dizzy. Becky took me to the doctor, who said I was having an afib episode and needed to go to the emergency room right away. There, after a series of tests and consultations, the doctors determined that I not only had a fib: I also had blood clots in both lungs. I thank God that both conditions responded to medication and, after a night in the hospital, I came home and have been doing well ever since. I am thankful for my doctors and for all those who treated and cared for me.

Actually, that was the only unexpected event I can think of. The rest of my year has been filled with things like rehearsals and performances with the Manassas Chorale, our church’s Sanctuary Choir and the Evensong Bells. And what do these have in common? The answer is that Becky directs them all, and does a fine job of it, too.

Otherwise I volunteer at the Manassas Museum once a week and thoroughly enjoy it, as I do my time in Glenna Ohlms’ ESOL class, where I am an assistant.

I’ve continued to write (of course), and published Diamond Duty, my fifth novel, which is the story of a young Confederate soldier who is captured in the early days of the Civil War and learns to play baseball while in prison. If you’re interested, the book is available in paperback and Kindle editions on Amazon.com (what isn’t, these days?). I also wrote Book Nine in my Beyond the Blue Horizon series, On the Wings of the Sun, which continues the story of Wisconsin pilot and World War II hero Otto Kerchner and his friends and family. It’s also available you-know-where.

I also write for Prince William Living, a color monthly magazine. This year, I’ve had articles on an electric go-kart racing track, the Manassas Young Marines, the Prince William County Poet Laureate, the Osbourn/ Osbourn Park Alumni Association (the oldest such group in the state) and “Spilled Ink,” a monthly open mic for local writers which generally features up to 30 writers and 60 in the audience.

I continue to write devotionals most weeks for our church choir, which I have been doing since about 1990, and I also am still teaching Sunday School, which I have done now for 54 years. I thank God for all these opportunities!

This year, we celebrated our 44th wedding anniversary, and it has never been dull! We share a love of music, ideas, good food and a meaningful faith, and I am indeed blessed that Becky is in my life.

My most sincere wishes for a Merry Christmas full of faith and a New Year with exciting opportunities and great times with friends. –Dan

It’s been great this November and December to receive your cards and Christmas letters and to see pictures of you and your families. We love reading about all you’ve been up to during 2017.

Our lives are pretty much locked into a routine from late August until early June: Sunday morning and evening are church and handbell rehearsal (our advanced ringers range in age from 18-70), Monday night once a month is the Osbourn Alumni Association (I’m serving as president for a two-year term), Tuesdays are the Manassas Chorale (our next concerts are March 17 and June 1, 2018), Wednesdays are Sanctuary Choir and Thursdays are the Greater Manassas Children’s Choir (I lead the older group). Fridays and Saturdays are reserved for petting our “senior” kitty, Nacho, catching up on naps and finding the next good restaurant meal (Manassas has all kinds of choices now: we enjoy Asiana food, Rangoli’s Indian food, a variety of Mexican restaurants and good old American as well).

Manassas Baptist celebrated the 50th Anniversary of its Sanctuary building with special services and a luncheon on July 2. It was wonderful to see many former staff members (we could actually recognize those from the 1970’s!) and to reconnect with former members who came from a distance.

We left on July 5 for a whirlwind tour of North and South Carolina and visits with former pastor Ed Bratcher and his bride Maggie Kirk, former neighbors Mike and Pat Bartlett and former MBC members Lee and Shirley DeArmond. We also attended the wedding of Aaron Pritchard and Laura Jordan in a beautiful little town in the Tarheel State. Lots of good food, good company and many miles on the Camry, but we loved it!

July and early August were spent doing two Music Camps – children and youth in Lynchburg and boys and girls age 4 through grade 6 in Manassas. I wish I had kept track of all the children’s musicals I’ve done through the years – it’s got to be over 100! It’s so gratifying to see your former “choir babies” grow up and love music like you do!

Amy (still at Signal Hill elementary teaching 4th grade and always with a story about one of her students) and her husband Chris (a librarian at the Fairfax campus of George Mason University, also with interesting stories and a hobby of running) are cat people as well and try to discipline kitty, “Gus.”

Alyssa (a Vice President at TML Copiers; you should read the paragraphs from some of their job applicants – or maybe not!) and her husband Chris (works for an aeronautics firm and is doing college work in his spare time!) complete the “cat people” in our family and do their best to keep Roxie and Beast in line. I’m sure you’re familiar with the phrase “like herding cats,” so you get the idea.

Mom, at 92, still looks like the Queen, drives near home during the day, cooks more than I do and has a memory like a steel trap. Big family news from September 30 was the wedding of nephew Josh Pankey and his bride Anna Pankey (nurse at Novant Prince William). We’re so happy for them! They’ve bought a townhome in Manassas and are having a great time purchasing furniture. They will become “puppy parents” on Christmas morning. Sister Sue continues at the dentist office and at Iron Horse Antiques, where she has a lovely booth (she shares it with family friend Ken Baksys). Nephew Jonathan is our extraordinary lawn person and brother-in-law Jerry recently retired from Falcon Communications.

Dan continues with several weekly activities and it’s neat to see him plugged into each of them. We celebrated his seven decades with two recent family meals. See his page for more details – he stays busy!

Plans for next summer include a trip with the Manassas Chorale (through Perform International’s Journeys with Joseph Martin) to Salzburg, Vienna and Munich. As someone who has watched “The Sound of Music” so many times that I can quote sections of dialogue, I’m excited to finally take “The Sound of Music” tour. As for waltzing in Vienna, that ain’t goin’ to happen! When we arrive in Germany, since I’m a Detwiler married to a Verner, these are my people!

Have a blessed Christmas and a healthy, happy, productive New Year. Call, come by or be in touch. My e-mails are bverner@manassasbaptist.org (finishing year 43) and bverner @manassaschorale.org (finished year 20 in June). Thank you for the part you’ve played in my life and for your support through the years. This comes with my best wishes!          Love, Becky