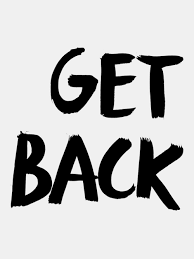 I took a break from writing earlier this summer, with mixed results. I put my sixth novel, On the Wings of Noontide, on hiatus until September, and didn’t take my laptop when we went to the British Isles in June. Then we were at the Music and Worship Arts Camp in early August, followed by our own music camp at the church a couple of weeks later. There didn’t seem to be much time for writing.

After all that was over, I decided that I should do some writing, but found it difficult. And not only could I not write: I couldn’t come up with ideas to write about. I felt a kind of absence in my mind as I found I wasn’t inspired by ordinary events and encounters which had given me ideas and subjects for writing for years. I lazed around the house, taking naps and watching movies. But the writing wasn’t there.

After about a week of this, I decided I was going to write something, even if I hurt myself doing so. I fired up my computer, called up a blank page and sat there and looked at it. And looked at it. And looked at it. I must have sat there for twenty minutes before I started putting some words down. I wanted to write a devotional for my choir with the title “Coming Home.” I struggled with the first paragraph, deleting and adding and finally tossing the whole thing out and starting over again. The words started to come more easily by then, and as I finished the paragraph, it was almost as if I felt something lock into place. I was back.

I finished the devotional quickly, but what’s more important, I was able to find ideas and themes in everyday life and ordinary encounters. I found inspiration in the book I was reading, in television commercials, in going to restaurants and observing people there and in going down the stairs with my cat Nacho.

I felt like I had learned some things. Taking a break from writing is fine, but writers need to expect that there can be some negative consequences. It’s axiomatic that we as writers need to write every day. If we don’t, the ability to find ideas and put them into words vanishes, and it takes some effort to recover that ability. I’m glad that my recovery wasn’t any worse than it could have been, and I’m so happy to “get back to where I once belonged.”

One response to “Get Back”