Please DON’T Take Me Out to the Ball Game 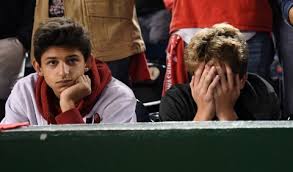 I want to whine for a while.

No, not about the election, although there’s certainly a lot to complain about there.

Here’s what it’s about: losing.

And no, it’s not about me losing or being a loser, although I have had losses, like everyone else, and have been accused of being a loser. But I ignore that.

It’s about losing baseball in Washington.

I’m sure you know. Who doesn’t after having suffered through season after season without winning the big prize. It has been ninety-two years since a Washington team won the World Series. Calvin Coolidge was President. And, you name your choice of invention or ideas we’re all familiar with today, and they didn’t exist. Some of them hadn’t even been thought of.

So, what gives? Is it the players or the management or the fans (I think not) or the stadium or the weather?

Maybe it’s The Curse. Maybe we are as cursed as the Red Sox were after they traded away Babe Ruth. Nothing else would explain having two teams leave town in this century and being without Major League Baseball for thirty-six years. If you want to include nineteenth century clubs, we had eight teams in 36 years during those years. Most of these groups lasted only a year. Five of them were called the Nationals. One went by the Senators.

Neither do winning seasons come to stay.

I’m going to sulk and pout for about six months.

Then spring training will and I will have forgotten all this. What else would explain why I continue to be so constant and faithful in my support of my team for years? Selective amnesia is a wonderful thing.

Don’t let the gate hit you in the rear on the way out.

Wait ‘til next year. See you in April.