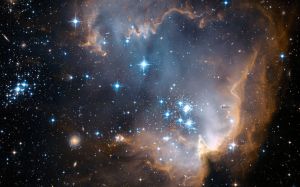 It was about a year ago that I had eyelid surgery to correct what is technically called “droopy eyelids.” As my optometrist said when I checked with her a year ago in September, “It’s no wonder you can’t see—your eyelid is drooping halfway over your pupil.”
I haven’t said didn’t say a whole lot about this surgery because I don’t like to call a lot of attention to myself, although my appearance certainly did afterward. I looked like I had gone about three rounds with Muhammad Ali–and lost.
I experienced my drooping eyelids as not having enough light to see. If I held my eyelid up, there was much more light, but I looked funny walking around holding them up. Same thing with holding them in place with duct tape as some people do. I chose surgery, and it took six months from the time I saw the optometrist to the day of surgery.
Becky drove me over to a well-appointed surgery center in Chevy Chase last May where I was promptly taken back and prepped for surgery. I won’t go into too many details except to say I was given a “twilight sleep” sedation so I could follow commands. It worked: I was awake but didn’t care what happened to me. I had my eyes closed as the surgeon worked and as he finished, he said, “Open your eyes.”
The room seemed flooded with light. “There’s so much light,” I said, and there was, especially since it was an O.R. with O.R. lights. The surgery crew laughed at what I said.
After a short time in recovery, Becky drove me back home where we arrived about 2 PM. I was to spend the rest of that day and the next flat on my back with frozen peas or lima beans on my eyes to keep down swelling and bruising.
I found it hard to keep still and lie down. Becky kept reminding me, sometimes forcefully, how important it was to do just that. I eventually settled down, and in the next day and a half discovered some things to do while lying on your back unable to see because you have gauze pads and iced vegetables on your eyes. So, here is what I did:
I listened to the radio, particularly news, traffic and weather from the glass-enclosed nerve center of WTOP. Their frequent times checks made it easy to tell when it was time to switch the somewhat thawed peas for a freshly frozen pack. By the way, it you want to thaw about a quarter pound of peas or lima beans, hold them on your head for about half an hour. That’ll do the trick.
I listened to Pandora, the internet music service, grooving (but not too much) to the likes of Dan Fogelberg, Gordon Lightfoot, Art Garfunkel and Jim Croce. I found that I could add percussion by tapping on the wall as well.
I listen to several televised baseball games and finally switched to radio broadcasts where the descriptions were more complete.
I did some gentle yoga exercises to keep from getting stiff from lying around.
And I talked on the telephone with anyone who called, except for solicitors.
I was able to get up to go to the bathroom and eat, and then promptly go back and lie down with my iced eyeballs.
I decided after trying to make my way around the upper floor where I am familiar with what’s there that I would not make a good blind person. I kept running into things and was afraid of falling down the stairs and setting back my recovery. Vision is truly a gift. I did try playing guitar, thinking that some famous musicians like Stevie Wonder, Ray Charles, Doc Watson and Blind Lemon Jefferson were blind. I could barely play my guitar by holding it on my chest but I didn’t find songs by these artists such as “Deep River Blues” and “See that my Grave Is Kept Clean” much help in healing. I gave that up very quickly.
With my eyelids lifted, I have had more light coming into my pupils. With more light, I also see details better. I also gained 30 additional degrees of upward peripheral vision through this procedure. I hadn’t thought about this until I was walking into the church one afternoon a couple of weeks after surgery and I thought, hey! there’s a whole sky—a whole heaven up there and I didn’t even have to raise my head to see it.

My eyes have been opened and I have seen the light.

Back in the Saddle Again–A Letter from My Brother

(Part of an  email from my brother Ron, who had some serious health problems a number of years ago, recovered and went on to a twenty-seven year career as a pilot for Delta Airlines.)

Hi Dan,
I thought of that song as I was driving to the church for my Wednesday volunteer work. I only worked one day in March, due to my virus and dental surgery. Even though one of today’s jobs was to clean  off some playground equipment, it was nice to be back.

Gene Autry’s song also is a good one in my memory, because the instructor pilot who was in the right seat for my first 767 flight sang it when I made my initial takeoff. This was my return to flying, after being off for 1 1/2 years with health issues. He said he knew things would go well on the trip when I punched all of the flight management system buttons correctly, and in rapid speed. I guess he forgot that I had been instructing the system in the MD-88 simulator. Amazing how today’s pilots are judged by punching buttons, not stick and rudder skills.

I probably should look around for a Martin D-45GA ( pictured above), as his signature song has a special meaning for me. Unfortunately, the price on one is pretty special too.